This post is mostly a showcase of possible approaches and excellent, free tools that you can use to reverse some binaries. To that end, we’ll leave the IDA alone, and learn a few new things. Along the way we’ll try out some frameworks and tools that will allows us to symbolically execute (angr), emulate (unicorn), and perform a side-channel attack (pintool) on the code we uncover.

Our target is the second challenge of Flare-On 2015. It is actually quite an interesting little target.

Let’s get right into it.

We’re going to grab a copy of radare2 for windows (pre-built for minimum hassle), and ConEmu to make our cmd prompt experience a little nicer.

After adding the folder containing radare to our path:

…we load the binary using the -A flag which performs an analysis of flags and symbols and renames things. We also use the -w flag to open the file in write mode in case we want to edit/patch something.

We can perform our initial triage inside of r2:

What is this file? 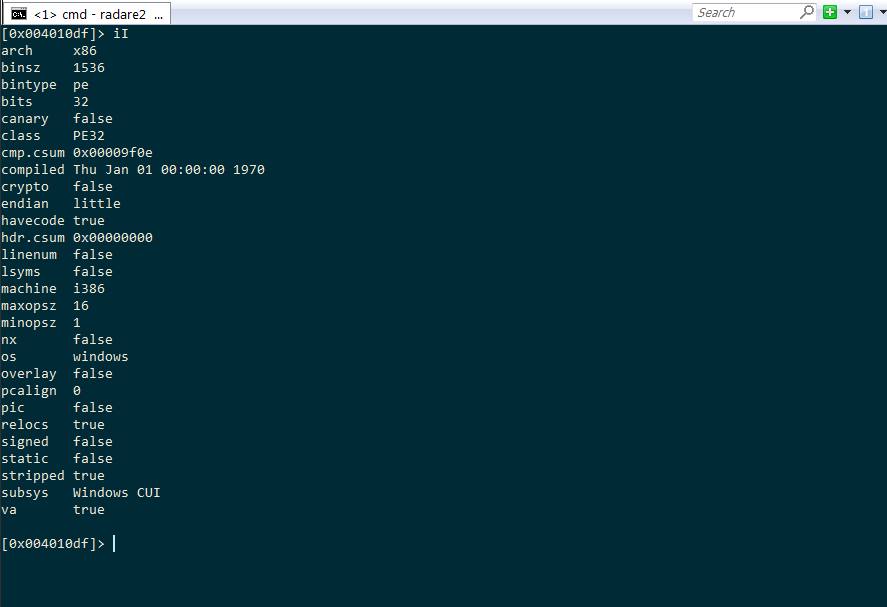 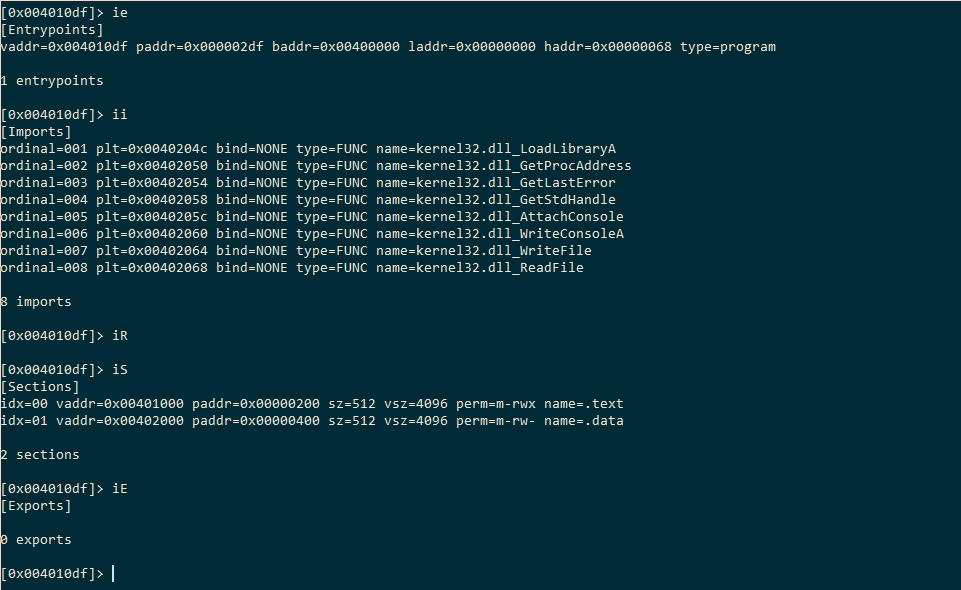 It’s looking like a small, simple thing so far…what kind of interesting strings are there?

and because we’ve already run some analysis (-A), we can examine xrefs to the clearly interesting string of “You are success” and “Enter the password>”

We might want to set a flag, or alias to the address of interest (the address where the Enter the password string is), but we don’t have to in this case because r2 has already done that for us.

We examine the flag spaces, select the strings flag space, and see what’s in there (redundant here, but good to be aware of) tab-completing our way to victory:

Let’s investigate the function that is using this string to learn a little more about this binary.

We seek to the function of interest, and enter visual mode:

We press p or P to cycle through the different display modes (pretty much everywhere in r2 you can press ? to see what commands are available, and commands that have subcommands/modes also accept a ?) 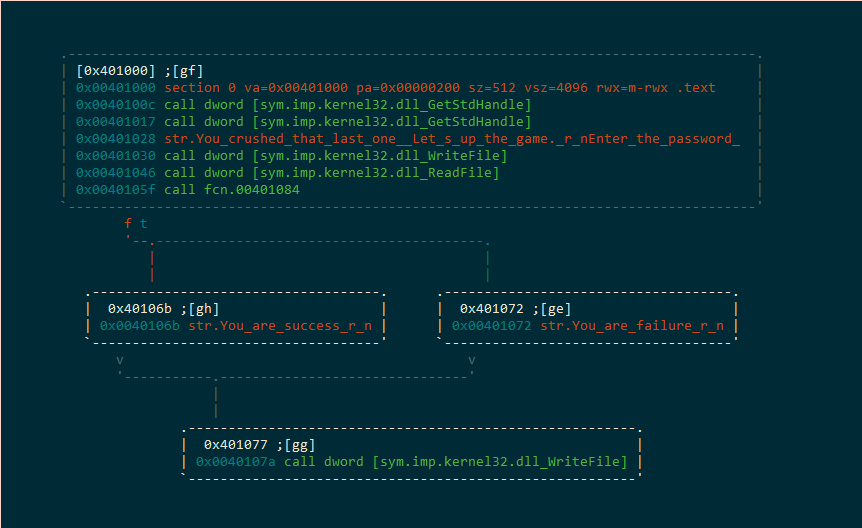 It seems fairly clear…whatever we input will be validated inside of fcn.00401084, and the return value will determine whether we get the nice message or the bad one.

(It might be worth your while to tab/TAB around, zoom (+, -), check out the other graph views p/P, the pseudo-assembly ($), and just practice moving around hjkl (left, down, up, right) to make your r2 experience a little more comfortable.)

Before we dig into the flag validation routine, we take note of the arguments to the imported ReadFile call: 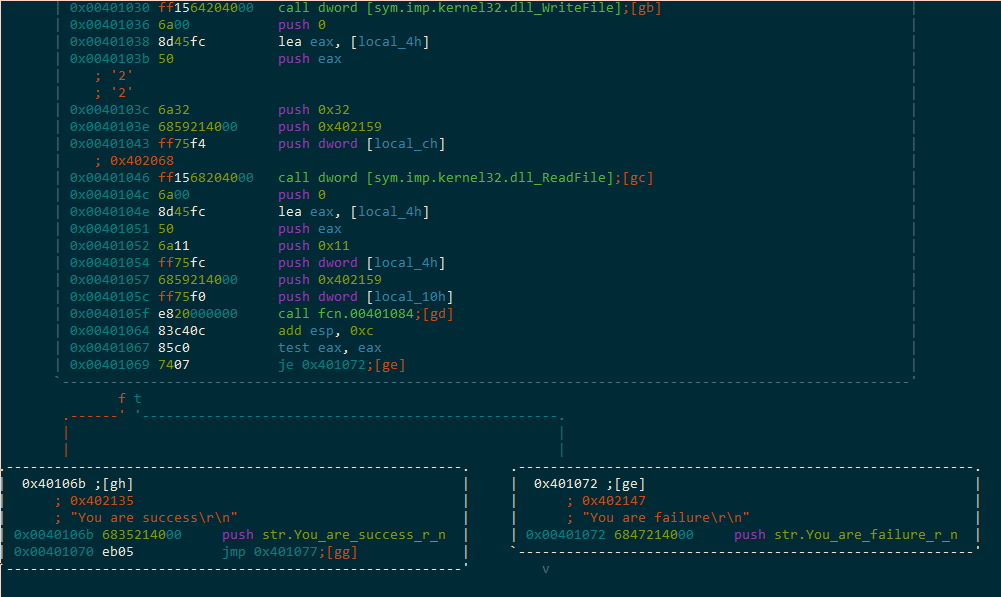 I like to imagine all the pushed args as a tower sitting above the function call. Then I knock that tower over and the arguments fall into their respective places.

The following illustration should make this clear:

With that in mind, we rename some variables, and create a flag at the buffer location of our input.

and press enter or ctrl+c to quit the command prompt

We access the command line again : and look at where the variables are being written:

we scroll up a bit to that location (k), and we see the following disassembly:

that’s an interesting function prologue…it starts with a pop eax. Whatever was at the top of the stack when we entered this function is what will be placed into eax, and shortly thereafter…local_10h.

We press x to see where this function…wait, let’s rename it first, press d and let’s call it main.

Now we can press x, or seek using the command prompt and s <address listed at the CALL XREF at the top of this function>

The instructions don’t really make a whole lot of sense following the call, so let’s examine a hexdump and see if there’s anything recognizable:

We rename this function to flagValidator. It seems that this function only takes 3 args. So we rename them according to what we knew was pushed onto the stack before this call.

It looks like our input length should be at least 0x25 characters. Otherwise, we end up at (press t to follow the true branch) the basic block which xor eax, eax before moving to the block that returns to main.

Press u to return to the basic block we were just at.

If we pass the length check, we follow the false branch.

The [gc] block will initialize the loop: 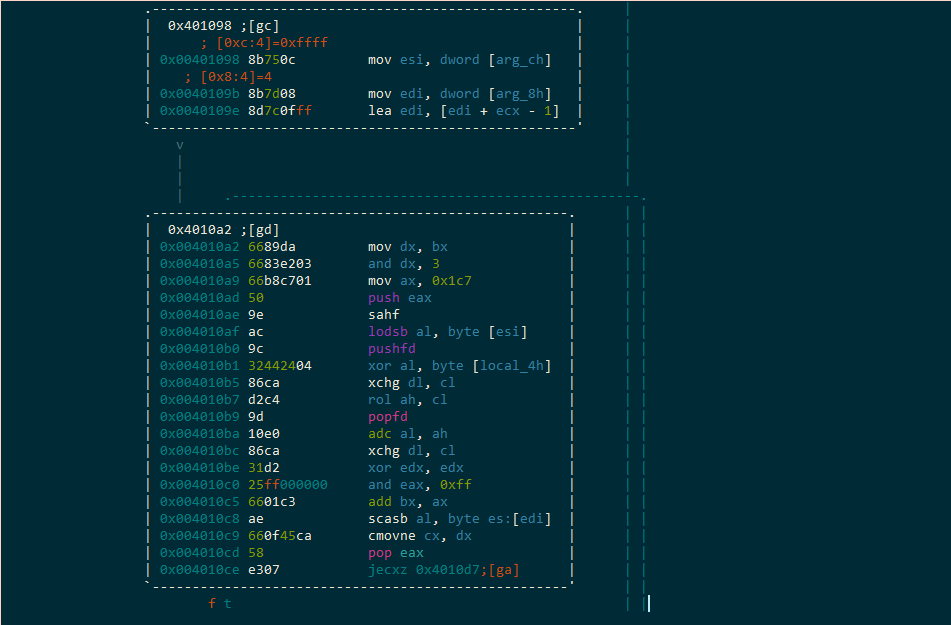 …then a bunch of ugly stuff happens inside of the next block, [gd].

If the condition at the end…jecxz, is true then we go to the fail block [ga] which will zero out eax and return. This instruction is exactly what it sounds like, jump if ecx is zero. Okay, maybe it didn’t sound like anything, but it makes sense after the fact, right? 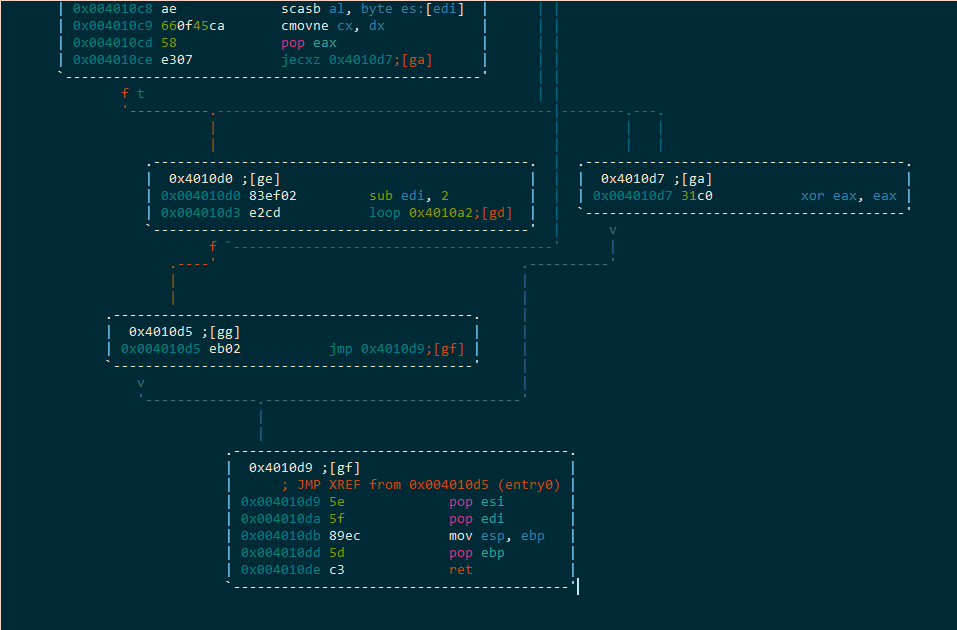 So…there’s only one good way out of this function and that’s through the loop instruction at 0x4010d3. So we will have to survive each iteration of the loop without ecx ever being zero. This depends on the sneaky scasb.

if the scan string comparison ever fails between al and edi, then the conditional move if not equal (cmovne) will make sure that freshly xor’d edx will put a zero in cx and we will fail.

Ok…here is the interesting part, and what you all came to see. How do we solve this problem.

I will present four…count ‘em 4 gorgeous methods (sort of):

Some background reading and a de-scarying of symbolic execution, if you so desire:

lots of great stuff on both of those sites, be sure to explore some rabbit holes and follow along with your hands on some python+binaries.

We have just about everything we need to start writing our angr script. Let’s review:

We know the values for 2 of those things.

(Note: Since this buffer is of a manageable size, we could have printed the bytes as an escaped hex string…or various other formats. See the print p command for more options. We’ll explore this in Method #2.)

Knowing the flag format, (printable ascii, ending in @flare-on.com), we could have added some contraints to speed things up. See angr-doc for some examples.

This probably isn’t the most elegant approach, but it’s nice to have at least an introduction to another powerful tool.

First, we need the bytes of the code we want to emulate.

We seek to the flagValidator function and ask r2 for some information about this function…namely, we want to know the size:

ok, let’s grab those bytes then. Instead of a file, let’s just grab the string:

looks pretty good…starts with the prologue, ends with a c3 (ret).

We’re ready to start our script:

This one is very easy to write about because someone has already done the work.

How can I win?

How can I win on windows?

That last script is just some mangling I did to aldeid’s pintool to make it happy with python and windows cmd prompt.

For all characters except the last, you can clearly see the extra loop in the 22 instruction difference.

I also get this one for free because you can easily find plenty of this kind of writeup with a google query for “very_success.exe”

For example…see this excellent, detailed explanation